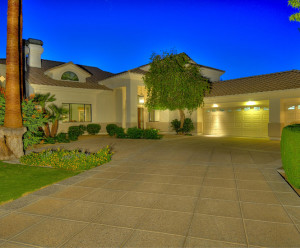 A new national report predicts the Phoenix area will be among the fastest-growing metro regions of the country next year, posting figures well ahead of the more-plodding gains forecast by Arizona’s economists.

The report, released Monday for the U.S. Conference of Mayors, suggests the housing industry will again lead the Phoenix area’s relatively rapid growth in 2014. It predicts 3.3 percent growth next year for the Phoenix area in terms of gross metropolitan product, a measure of all the goods and services produced in an area.

Nationally, the report predicts 1.7 percent economic growth this year and 1.6 percent among metro areas. Next year, it predicts 2.5 percent for national and metro growth.

Mesa Mayor Scott Smith, who is the president of the Conference of Mayors, acknowledged the report “may be more bullish on metro areas.” But the Phoenix area “economy is more diverse than people give us credit for,” he said.

Jim Diffley, senior director of U.S. regional economics for IHS Global Insight, said the area’s new growth remains at levels well below those seen during the frenzy of the housing bubble.

“There’s a lot of pent-up demand out there,” Diffley said.

The Phoenix area’s gross metropolitan product this year is about $210 billion and should pass metro Detroit as the 14th largest in the country, according to Diffley’s analysis.

In an effort to underscore the value of metro areas, the report also compares the largest to states and nations.

The Phoenix area economy is larger than Oregon and 25 other states. It is also bigger than the nation of Peru, the report found.

The Tucson area ranks 69th in the nation.

The Phoenix economy compares to Boston and Chicago for relative value to their respective state economies.